Reflections from a Diaspora Afghan: Exploring Identity, Community, and the Afghan Saviour Complex

I was born and raised in Moscow, Russia, to two undocumented immigrants. This resulted in me not being able to obtain a Russian citizenship and passport, leaving my parents with many challenges ahead. My early life consisted of moving between Moscow and Dushanbe, Tajikistan, where my mother is from. Until we eventually found home in Canada.

Growing up in Moscow meant the only connection to Afghanistan I had was through my father and his family. Afghan television and the internet was not accessible to us in the early 2000s for me to learn more about my Afghan roots. Regardless, I never hid my “Afghan-ness”. However, growing up in Russia and being exposed to constant misinformation by the mainstream media meant that I still carried toxic and (to be transparent) racist ideas. Being Afghan to me meant being conservative, backwards, uneducated, and a lot of other false traits that are often associated with our people. It felt as if 2 things defined my existence: being Muslim and Afghan. The only problem was that these 2 things were never portrayed positively in the Russian media. Even now, in 2021, with Muslims making waves in Russian entertainment, the most commonly asked questions during their interviews are “How did you get here coming from a Muslim background?” and “Did your Muslim family disapprove of you pursuing your dreams?” It is almost as if Muslim = you cannot achieve anything. The misrepresentation of Afghans is a topic that can be quite triggering thus I will not be writing about it today. I will say that I loved being Afghan, but I had no knowledge of Afghanistan and no way of connecting with my identity. I was unable to resist the distorted ideas about Afghans, so I ended up accepting them instead. My thoughts often sounded like this:

“I love being Afghan, but why are we like this (i.e., backwards, barbaric)?”

Fast forward to finding home in Canada. I was finally able to connect with this foreign place called Afghanistan even though I had physically moved even further away from it. Canada has given me access to information and most importantly, my community. Afghans have had an opportunity to build a mini Afghanistan. For the first time ever I was exposed to Afghan shops, television, cultural events, and so much more. My association with Afghanistan was no longer just through my dad. Because I had no firsthand experience with Afghanistan, I became even more eager to discover my roots and began researching and connecting with the Afghan community.

In hindsight, I realized that identity was not the issue for me. While this is definitely a struggle for many, I knew I had a multi-hyphenated identity that I could proudly display. My issue was lack of knowledge, community, and ability to learn to balance each piece of my identity. With time, I learned to get a hang of those things. But deep down I knew that Afghanistan will always need more of me.

When it comes to community work, Afghans have had to face a lot of “firsts”. One important reason for this is that the diaspora has had limited access to mentorship and almost no source of guidance for community work. We were left with making decisions based on what felt right, which resulted in many errors. One of which was the Saviour, to which my friends from Afghanistan did not have the most positive response to. My friends from Afghanistan would see the issues within the Afghan diaspora and their need to “save their people” and say, “Are THESE the people trying to ‘save’ us?”. That’s when it really hit me. Afghanistan does not need to be “saved”. Afghanistan needs access to opportunities, education, proper infrastructure, and resources. Endless conflicts have deprived Afghanistan of those things. If given the opportunity, Afghans can “save” themselves.

Afghans, no matter where they are, are capable of sustaining and advocating for themselves. Afghans are not voiceless and do not need anyone to speak for them. This realization led me to be mindful of any work I do for Afghans or Afghanistan. But it also made me take a step back and think about how I viewed Afghanistan, all over again. This took me right back to the start: “Why are my people backwards? They need to be saved”. And because of thoughts like that, I felt that I may never be able to form a bond with anyone in Afghanistan. I thought they were too “different” from me. As I grew and learned more, I have managed to dismiss this mentality. The struggle of the Afghan people is mutual – different depending on the variables, but overall mutual. This faraway place that I have never been to, no longer felt distant.

The main takeaway from this would be that Afghans face many struggles both internally and externally when it comes to Afghanistan. We have a choice to either disassociate ourselves with Afghanistan or make peace with the fact Afghanistan is always going to be part of us. To those of us in the diaspora, it means having to teach ourselves; to put together pieces of the puzzle and unlearn and relearn all on our own. This experience, which may be challenging for some, is ultimately rewarding. It will help you grow and discover parts of yourself that you did not know existed. It will open your heart to connecting with your people, regardless of their story. It will also keep you motivated and hopeful to one day see a peaceful and thriving Afghanistan. 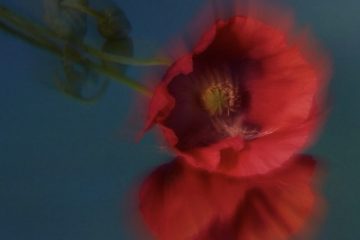 Reflections from My Journey of Grief and Loss

By Ferozan Nasiri, AYEDI Outreach Director Featured image credit: Doan Ly “I became more comfortable when I stopped talking about grief like it goes away. It’s kind of an endless room with endless windows, and Read more… 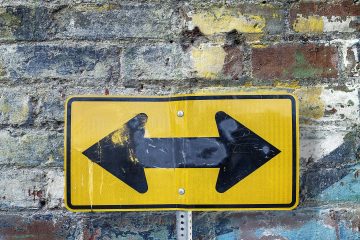 Finding Your Way: Advice For Youth (From an Older Youth)

By Wares Fazelyar, AYEDI Advisory Board Member There’s a stage in life where you’re incessantly asked what you want to do with your life, what you’re studying, what you plan to do after you graduate, Read more… 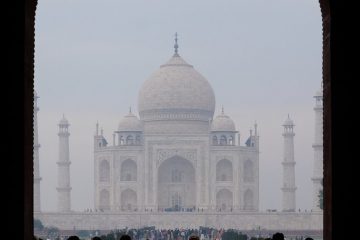 Sept 2019 blog: My Story As A Hijabi Afghan Muslim Woman

As a Muslim Afghan Woman who wears a Hijab, I grew up always thinking to myself, “Where do I belong”? Sometimes I still feel like I ask myself this question even now. I guess life Read more…